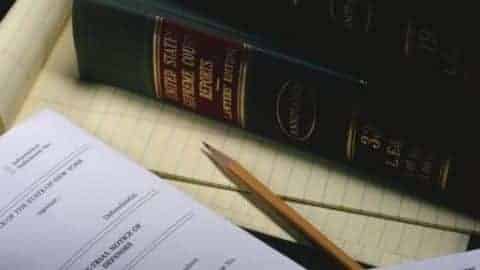 You can’t expect to reduce your risk of getting sued to zero, but you can take steps to reduce your risk as much as possible. In any situation where your money is at risk, ask yourself, “Is there a better way?” Know the legal and financial risks of the situations in which you place yourself, your business, your family, and your assets.

Without covering every issue involved, here are a few common mistakes that investors make, novice and experienced alike.

Poor legal forms—It’s amazing how short-sighted novice investors can be when it comes to shelling out money for good legal contracts. They often buy contracts at discount office supply stores, from Internet Web sites, or borrow them from friends. However, a real estate deal is only worth the paper it’s written on. Like the old expression, “every tax strategy works until you get audited,” it can be said that “every contract works until you have a dispute.” So invest in a good set of legal forms that apply to your practice and ask a local real estate attorney to review them. Also, make certain you fill in the forms correctly—a good real estate attorney will review contracts for just a few hundred dollars.

Too many people rely on real estate brokers to fill out contracts, which is fine for a “standard” deal. However, most brokers aren’t trained in legal matters and often create long contract addendums that are insufficient to protect your interests.

Illegal discrimination—The Fair Housing Act of 1968, as amended, prohibits discrimination on the basis of race, color, religion, nationality, familial status, age, and gender. Many state and local laws also forbid discrimination on the basis of sexuality or source of income and the Americans with Disabilities Act makes it illegal to discriminate against disabled people. If you harbor any such prejudices and would allow them to come into play when renting a housing unit, then you’re probably not cut out to be a landlord. However, many sincere real estate investors make honest mistakes that result in discrimination lawsuits. The best way to avoid these lawsuits is to be informed.

The Fair Housing Act may appear to be common sense and most people would never think of discriminating against people of different races or religions or on the basis of gender. However, it’s important to note that the Act extends beyond the screening process and into advertising as well, so watch the wording on your ads. This is where many landlords and property managers make critical mistakes. Some people scour the classifieds looking for inappropriately worded ads so they can pounce on them and threaten a lawsuit. While someone must have standing to bring suit, these scoundrels often work in coalitions to ensure that all of their bases are covered.

For example, if you own a rental property in a predominantly Jewish community, its proximity to the local synagogue could be a major feature. But if your ad says “within walking distance of the synagogue,” you could be sending the message “gentiles need not apply”—even though this wasn’t your intent. And keep in mind that you may not discriminate on the basis of whether a couple is married and whether children are to live in the unit. You may also not discriminate on the basis of age. Often, novice landlords aren’t aware of these areas of concern. And while it’s good that citizens are more aware of their rights today, it can create a bad situation for well-meaning landlords who are out of step with the law.

Be aware of your local laws and use good business sense. State law and local ordinances can extend similar protections granted under the Fair Housing Act to other groups. For example, California, Minnesota, and North Dakota prohibit discrimination based on source of income. In other words, landlords can’t discriminate against would-be tenants who rely on public assistance. Putting the political perspective of the landlord aside, such discrimination makes little business sense because people on welfare or social security are virtually assured of a fixed income.

The Americans with Disabilities Act (ADA) prohibits discrimination against the disabled and also requires landlords to make “reasonable accommodations” to disabled tenants. Who decides what’s reasonable? Typically, judges, if it comes to that. But while most landlords are aware of the ADA and would never stoop to discriminate against a person in a wheelchair, many are unaware that the ADA also protects mentally disabled tenants. A mental disability could also include recovering alcoholics and drug addicts. On the downside, these people can relapse; if they do, this can cause serious problems for you and other tenants. Everyone deserves a second chance and many recovering addicts become productive members of society. Those unable to recover typically have other problems and, thus, if you decide to reject their rental applications, it’s vitally important that you document additional reasons for rejecting their applications.

Improper disclosures—Improper disclosures are a common mistake for investors. It’s critical to be aware of the federal and state requirements for disclosures. For example, federal law requires a lead-based paint disclosure on the sale or rental of properties that were built before 1978. State laws may have additional regulations.

It’s become common practice for real estate brokers to use a property disclosure form as a general-purpose sell disclosure for all aspects of the house. Even if you’re selling your house on your own, be sure to use one of these forms (refer to the sample in Appendix 6). Whenever in doubt, disclose what you know, especially something the buyer or tenant may not know about, such as dangerous conditions, water damage, electrical issues, or plumbing problems.

Illegal solicitation of money—Many novice investors try to solicit money for investing via public advertising or mailings. This is commonly referred to as syndication. You may inadvertently cross over a variety of federal and state securities regulations when trying to raise capital. Chatting with friends over the dinner table about a real estate deal is one thing, but advertising to the public in mass may be considered a public offering. Before soliciting money from strangers, review your marketing, paperwork, and solicitation strategies with a local attorney well versed in this area of law. You may be able to get away with a good set of written disclosures if you solicit money on a limited basis, but it’s better to be safe than sorry.

Independent contractor liability—The IRS and your state department of labor are on the lookout for employers who don’t collect and pay withholding taxes, unemployment, and workers’ compensation insurance. If you have employees that are “off the books,” you’re looking for trouble. If you get caught, you’ll have to pay withholding taxes and as much as a 25 percent penalty. Intentionally failing to file W-2 forms will subject you to a $100 fine per form. The fine for failing to complete the Immigration and Naturalization Service (INS) Form I-9 varies from $100 to $1,000 per form. Your corporation or LLC won’t shield you from liability in these cases, either. All officers, directors, and responsible parties are personally liable for the taxes.

If you hire people to do contract work for you on a per-diem basis, they may be considered employees by the IRS. If any workers fail to pay their estimated taxes, you may still be liable for withholding. If these workers are under your control and supervision and work only for you, the IRS may consider them employees, even if you don’t. If this happens, you may be liable for back taxes and penalties.

To protect yourself, you should:

• Hire only contract workers who own their own corporation or get the business card and letterhead of any unincorporated contractors you may use so you can prove these workers aren’t your employees.

• Get written contracts or estimates on workers’ letterhead that states they’ll work their own hours and you don’t have direct supervision over the details of the work.

In addition to possible tax implications, an independent contractor can create liability for you if a court determines the contractor is your employee. For example, if your independent contractor is negligent and injures another person, the injured party can sue you directly. If facts show that you exercised enough control over your contractor, a court may rule that this contractor is your employee for liability purposes. As you may know, an employer is “vicariously liable” for the acts of his or her employees—the employer is liable as a matter of law without proof of fault on the part of the employer. Make certain you follow these guidelines when hiring contractors and pay particular attention to the issue of control.

About the Author Frank Pulley and William Bronchick

Attorney William ("Bill") Bronchick, host of Legalwiz.com, has authored six best-selling books and is sought nationwide for his 25+ years of real estate and legal knowledge. He has been interviewed by numerous media outlets, such as CNBC, TIME Magazine, USA Today, Investor Business Daily, Forbes, and the LA Times, to name a few. William Bronchick is the co-founder and past President of the Colorado Association of Real Estate Investors and the Executive Director and founder of the College of American Real Estate Investors. Click on the "About" link above for more information on William Bronchick. Frank Pulley is an experienced real estate investor and foreclosure specialist. He is the director of William Bronchick's Coaching and Mentoring Programs. For more info, contact [email protected]

A Review of the Carleton Sheets “No Down Payment” Course