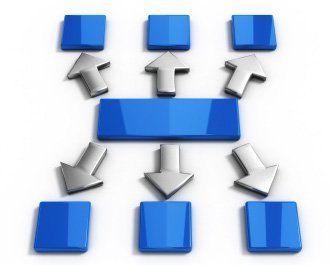 The Delaware series LLC is a form of a limited liability company that provides liability protection across multiple “series”, each of which is theoretically protected from liabilities arising from the other series.  It is similar to a parent/subsidiary structure, such as GM and it’s various brands.  For example, you could have a master LLC that owns different subsidiaries which in turn own small groups of real estate.  The subsidiaries would shield both the master and other subsidiaries from liability.  Thus, you can reduce the exposure to the assets that any one subsidiary owns.

The Delaware series LLC makes the whole process a bit simpler by using a series in lieu of a subsidiary for each group of properties.  Rather than have multiple entities, you have just one.

The series LLC was first offered in Delaware, and is also now available in about nine other states.  A Delaware LLC can be registered in other states as a foreign entity, theoretically making it available in all states (see discussion below).

Each Delaware series is a self-contained “cell” that is like a single member LLC.  According to the statute, 6 Delaware Code Section 18-215,

The major advantage to the real estate investor is having the ability to have protection for each property yet only having to file one tax return.    Thus, each series could own one property and insulate itself from the other series for liability purposes.  However, in order to have protection, at a MINIMUM, you must follow certain rules:

Seems like a lot of work, but you’d have to do the same things whether you used individual subsidiary LLCs or a series LLC. You would save money with the annual fees for each separate series (except in California and Tennessee, where the pinheads have ruled that each series is subject to separate franchise tax returns).

The Delaware Series LLC could be a convenient vehicle for a “checkbook IRA” (LLC owned by your IRA). Instead of having to pay a lawyer for each LLC, you could form a series LLC then have each asset owned by a separate series. The series LLC is a little more in price to setup than a regular LLC, but you can save a bundle in the long run.

As far as tax treatment, the IRS has (sort of) clarified the tax treatment of each series, using the “check-the-box” rules for LLCs, so that each series can choose whether to be single member, S corp, etc.

Basically, each series of the Delaware Series LLC can be a “disregarded” entity taxed on the master LLC the same as if each series were a separate single member LLC.  Thus a real estate investor could have 10 series each with a property, all being taxed on one master return – very convenient and a lot of protection.