Real Estate Buy and Hold vs Buy and Flip 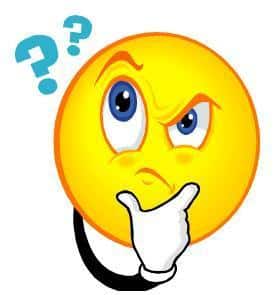 Here’s a awesome question I received from my one of my mentoring students: Why bother keeping property after it’s rehabbed? Why not sell it after the rehab and GET PAID!

Of course, the first questions that you must answer is how emergent is your need for quick cash? You can likely generate the most SHORT TERM cash by selling a freshly rehabbed house. But, you will give much of it away in taxes come next April.

If you keep it, you stand to make more! You will also enjoy some great benefits while you own it such as cash flow, a tax break, and MORE cash with the future appreciation. You can still pull some nice cash a few months after buying it when you refinance (post rehab) the property from your hard money (at 70% loan to value) to long term financing (at 85% or 90% loan to value).

The short answer is an investor is going to make considerably more money by hanging onto a property after it’s rehabbed. There is a downside to it. You have to be a landlord, and you have to decide if you want to do that. I don’t think it’s too bad as long the landlording is done correctly.

Let me illustrate the difference in overall money between rehab and sell, and rehab and rent investing with this example;

Let’s say appreciation rates are 5% in your town and the average price of a freshly rehabbed property in the neighborhoods investors buy in is $100,000. Let’s also say there is Bill and Fred.

Bill sells his properties after rehabbing and makes $15-18,000 per house. Good boy Bill!

Fred keeps his rehab projects and cash-out refinances, pulling out around $10,000 per house within 3-6 months of ownership. (Fred trades his 70% loan-to-value (LTV) ratio hard money for long term, 30-year mortgages at a lower interest rate with an 80% loan to value ratio. He pockets the difference between what it costs to pay off the hard money and the new mortgage less closing costs).

Bill (rehab and sell) makes a great living. Ten houses per year is $150,000-$180,000 per year…nice jingle! The downside is that Bill has to keep rehabbing to keep making that living year-after-year and pays taxes on all that money as regular income (ouch!). So his $150,000 per year is in reality somewhat less.

Fred (the rehabber) also makes a great living. Ten houses per year makes him $100,000 or so in tax free, spendable cash. But, Fred controls a million dollars in real estate and it’s going up in value year after year. Also, Fred pays no taxes on that money he gets from the cash-out refinances. It’s part of a mortgage, so must be paid back, therefore is not income! I love that part!

– Some parts of the country will appreciate much faster than 5%. Heck some places properties will double in value in 5 years.
– No tax benefits of keeping the property is included here. That equates to thousands of dollars in real income.
– This is ONE ten-house year. Let’s say you want to “top out” at owning 30 houses. Well, in just a couple of years your buying will slow down to a trickle and you’ll start selling and cashing out of properties. I mean, how many ten-house years to you need to string together before you are set for life?
– What if you hold these houses 10 years? The numbers get pretty exciting.

If you’re like me and you don’t want to do this for too many years, then holding properties for a few years makes a lot of sense, especially if you don’t have much personal money invested in them.

So what of poor old Bill? Chances are, Bill will satisfy his need for short term cash, then start holding property. What do you think?

Download this FREE eBook, "No Money Down, No Credit Required".  It will show you how to use buy or sell real estate without banks loans, without using your credit and with little or no money down!  Discover many creative financing ideas, including lease/options, equity sharing, partnerships and so much more!