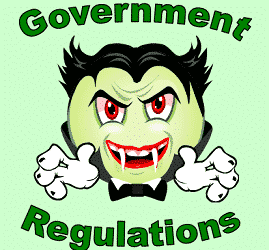 Owner Financing, Dodd-Frank and the SAFE Act… If you are selling properties to owner-occupants and doing selling financing, you ought to be aware of some comprehensive new regulations that have been in effect for a few years, and a real zinger that went into effect on January 10, 2014.

A few years ago, the “SAFE Act” was passed on the federal level, then was implemented on a state-by-state basis.  The SAFE Act basically required that you be a mortgage loan originator, or use a mortgage loan originator to sell properties with owner financing.  This means getting a loan application like an FNMA 1003, comply with Truth in Lending, and have the buyer sign the ½” thick pile of other lender disclosures.

People panicked when the SAFE Act came out and declared that seller financing was all but dead.  I simply walked down the hall of my office building and asked a mortgage guy if he could “originate” my seller financing loans.  He printed the stack of documents from his lender software and charged the buyer $400 as a loan origination fee.  No big deal, just a waste of good trees in my opinion.

The SAFE Act was later amended in my state, Colorado, (and many others) to allow you to do three or so deals a year without having to do all this nonsense.  The Act did not address using different entities every three deals, so, as a practical matter, the issue was put to bed for us in Colorado.  In other states, however, there were NO exemptions, meaning unless you were selling your own principal residence, you had to be a mortgage loan originator, or use one in the transaction, even for one deal.  Technically, you can’t even ADVERTISE the seller-financing feature – the mortgage loan originator has to do so.  But, again, as a practical matter, I don’t think the powers that be are searching through craigslist or looking for “owner will finance” signs on houses, and the likely scenario is a “cease and desist” letter from your state agency, giving you a chance to get licensed.  No fines, no jail time.

Enter two corrupt, knucklehead politicians named Dodd and Frank.  They managed to pass the Dodd-Frank regulations that go into effect January 10, 2014.  This one is a bit more complex and difficult to deal with, largely because it is confusing and has regulations that have yet to be clarified.

We’ll start with who is exempt and who is not.  If you are selling raw land, commercial property, or to a person who is not going to live in the property, you have nothing to worry about. If you are a person or a trust, you can do one deal a year, so long as it’s not a “funky” loan, like a reverse amortization, etc.  I know, you’re thinking, “I’ll use different land trusts for each property”, but that may end up blowing up in your face if you get caught.  Admittedly, however, nothing clearly in the Dodd-Frank regulations address this.  We certainly are anticipating a “controlled group” definition to come out soon.  One federal regulator commented that the rule was 25% common ownership, but nothing in the regs back that up.

If you are a corporate entity, then you can do up to three deals a year if the deals meet the following three criteria:

Of course, these geniuses did not lay out what the qualifications are supposed to be, except for the debt-to-income ratio (43%)  In my opinion,  you’d be a fool if you sold a property and did not check the buyer’s credit, verify their income (with tax returns and employment), and make sure their gross income is at least THREE times their total monthly debt payments, including the mortgage.  Personally, I’ve always done this and I don’t object to making this a rule, other than the fact that there are already too many regulations in this Country.  On a practical note, if you are selling to a tenant or lease/option tenant, you can use their rental history as strong proof of their ability to repay. Make sure you adhere to your state laws. (we are in Colorado)

Again, it is not clear if you form a new LLC or corporation for every three deals you can get around all of this, but nobody wants to be the “test case”.  Also, if you want to have a balloon after five years, simply pop the interest rate up so it hurts the buyer enough for him to want to refinance and pay you off anyway (note: you can only increase the rate 2% a year for a maximum of 6% above the original rate).

So, effectively you can do three deals in an entity, and one deal in a trust or your own name if you are strictly following the law. A second entity owned by your IRA and a third owned by your spouse would add six more deals, in theory.  If you buy and sell with owner financing more than 10 times a year, you will likely need to become a licensed mortgage loan originator or hire one on staff, which may not be a bad idea, just a bit of a hassle because of the slew of other nit-picky regulations that come with it.  Also, when you are beyond the 4 deal limit, you must not only prove the ability to repay, you must DOCUMENT it.  Tax returns, W-2’s, bank statements – the works.  Thus, if you have a self-employed person who looks broke on paper but has 30% cash to put down, you really can’t document his ability to repay (suggestion – lease/option for 2 years, then convert to an owner-carry sale).

Are the Feds going to be chasing down real estate investors for this?  No, the SAFE Act already covers that at the state level. What the Dodd-Frank Act does is provide a buyer who is being foreclosed or evicted with a counterclaim recouping all their interest paid, plus their down payment, attorney’s fees, and court costs.  I always recommend that people settle out of court when a buyer defaults, using the “cash for keys” method.  But on the off chance that they aren’t paying you and can still afford a lawyer, then you will be facing a fight.  One investor I met in Houston recently commented, “If that happens, I’ll just give them the property”.  Since he was dealing in $60k homes, that would be a simple solution.  It’s really rare that you’d end up in court over this Dodd-Frank issue anyway, but what keeps me up at night is the slimy “consumer protection” lawyer who puts out an ad that says, “Have you bought a house with owner financing?  Call 1-800-BAD-LOAN”.  Yikes!  Even so, if you do every deal in a separate LLC, then you are limited in exposure to the value of the equity in the home.  If you bought the property subject to the existing loan with little or no equity, then all you really risk losing is the cash flow from the deal.

You can do one deal per year as a natural person or trust, three deals per year in an entity without being licensed under Dodd-Frank. HOWEVER… if your state has no exemption under the SAFE Act, you still have to use a licensed mortgage loan originator on EVERY deal.

Remember, too, this is only a summary of the Dodd-Frank and SAFE Acts.  You should consult with a qualified attorney in your state before proceeding.  Remember there’s state law disclosures, RESPA, Truth-in-Lending, and servicing rules to worry about, too!!

Lease Option vs Contract for Deed

5 Great Reasons to Use Land Trusts