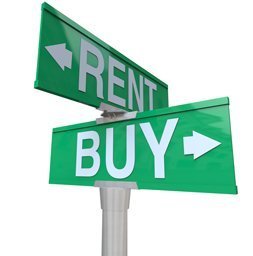 I get a lot of emails and calls from people concerned about selling a property by lease with option because of the fear of the “equitable interest”. What does this mean and how big of a danger is it?

Before we discuss the equitable interest, we need to discuss the basic owner–financed sale. When you sell a property, you give the buyer a deed to transfer ownership. If you owned the property free and clear before you sold it, you would take back a note for part of the purchase price, secured by a lien on the property (in some states a “mortgage”, in others a “deed of trust”). So, after the closing, the buyer would have the title (deed) and you would have a recorded lien against the property (“mortgage” or “deed of trust”). If the buyer stopped paying, you’d have to initiate foreclosure proceedings as specified by the mortgage or deed of trust. In mortgage states, the process is generally a lawsuit (judicial foreclosure), while deed of trust states the process is a “power of sale” (non-judicial) process.

If you sell the property by lease with option to purchase, it’s not really a “sale” at all. The lease creates a landlord-tenant relationship. The option gives the buyer the right to purchase the property during the lease term at a specified price. If the tenant/buyer defaults, you evict him like any other tenant. However, once you go into court, the tenant/buyer may raise the “equitable interest” argument. In essence, the tenant/buyer is arguing that the lease/option agreement is essentially the equivalent of a sale, similar to an installment land contract. The tenant is asking the judge to rule that the buyer “owns” the property (even though the title has not passed) and that the landlord is the equivalent of a lender. If true, the landlord must now proceed with a judicial foreclosure process instead of an eviction, which takes several extra months.

Either way, in most cases the general jurisdiction court will reject the tenant/buyer’s argument and permit the landlord’s eviction. Why? Well, the tenant/buyer is asking the court to use it’s “equitable” powers to rule that a lease/option is not a lease/option, but a sale. The court is being asked to turn a document into something it isn’t in the matter of “fairness” (equity). Obviously, it’s a judgment call for a judge, but in my experience, this rarely happens.

Here are some of the factors the judge will consider:

• How long has the tenant been in the property?

• How substantial was the default?

• How were the documents drafted (i.e., does the lease/option look more like a contract for deed?)

• How much money did the buyer put down?

• What’s the difference between the tenant’s option price and the current market value of the property?

The last two factors are extremely relevant since they will determine how big of a piece of the pie the parties are fighting for. If the option price was $200,000, the tenant put up $5,000 and defaulted a year later and the market value is now $210,000, it is doubtful a judge would rule in the tenant’s favor. It’s not “equitable”. On the other hand, if the tenant put up $20,000, lived in the property three years and the market value was now $250,000, the judge might rule in favor of the tenant’s equitable argument. In this case, there’s $70,000 of equity worth fighting over, so it’s not that big a deal if you have to pay a lawyer $5,000 to foreclose.

What is There to Know About HUD, FHA Loans and Title Seasoning?