The Basics of Foreclosure

If the borrower does not file an answer to the lawsuit, the lender gets a judgment by default. A referee is then appointed by the court to compute the total amount (including interest and attorney’s fees) that is due. The lender then must advertise a notice of sale in the newspaper for four to six weeks. If the total amount due is not paid, a public sale is conducted by the referee on the courthouse steps. The entire process can take as little as three months and as much as twelve months depending on the volume of court cases in your county.

The sale is conducted like an auction, the property going to the highest bidder. Unless there is significant equity in the property, the only bidder at the sale will be a representative of the lender. The lender can bid up to the amount it is owed, without having to actually come out of pocket to purchase the property.

If the proceeds from the sale are insufficient to satisfy the amount owed to the lender, the lender may be entitled to a deficiency judgment against the borrower and anyone else who guaranteed the loan. Some states prohibit a lender from obtaining a deficiency judgment against a borrower (See, e.g., Alaska Statutes §34.20.100, Washington Revised Code §61.24.010, California Code of Civil Procedure §580b)

Most states permit a lender to foreclose without a lawsuit, using what is commonly called a “power of sale.” Rather than a mortgage, the borrower (“grantor”) gives a “deed of trust” to a trustee to hold for the lender (“beneficiary”). Upon default, the lender simply files a notice of default and a notice of sale, which is published in the newspaper. The entire process usually takes about 90 days. The borrower usually has a right of redemption after the sale (see below).

A few states permit “strict” foreclosure, which does not require a sale. When the proceeding is started, the borrower has a certain amount of time to pay what is owed. Once the date has passed, title reverts to the lender. Many California and Oregon cases, in which the seller has sought forfeiture under a land contract, the court has ordered strict foreclosure. See, e.g., Peterson v. Hartell, 707 P.2d 232 (1985), Zimmerman v. Estate of Cook, 855 P.2d 193 (Oregon 1993).

Many states permit a borrower to “cure” the loan before the date of sale. This simply requires paying the amount in arrears, plus interest and attorney’s fees. It is certainly more desirable for a defaulting borrower to reinstate a loan rather than pay off the entire principal balance.

Virtually all states have specific laws requiring a reasonable notice to the defaulting borrower before the lender can accelerate the debt. If you are a lender, make sure you review the default notice with your attorney to ensure compliance with state law. If your attorney or other party sends the notice, be sure he complies with the Federal Fair Debt Collection Practices Act (See, Romea v. Heiberger & Associates, 97 Civ. 4681 (S.D.N.Y. 1998); Law firm held liable for violation of F.D.P.C.A. by signing 3-day demand for rent).

Some states give a borrower the right to “redeem” the amount owed and get title to the property back after the sale. The length of the redemption period changes from state to state. The highest right of redemption is from the owner, borrower or guarantor on note. Behind him come the junior lien holders who are in danger of being wiped out by the foreclosing senior lien holder.

5 Things You Should Know Before You Flip A Property

5 Things You Should Know Before You Flip A Property

Risks and Rewards of Foreclosure Investing

Risks and Rewards of Foreclosure Investing 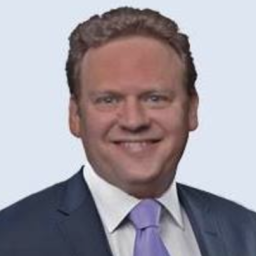